His interest in music began at an early age when he studied piano and clarinet in high school.  At Morehouse College in Atlanta where he grew up, he studied classical music.  After graduation he went off to Yale University where he earned a Masters degree in music.  From there he journeyed to New York where he formed a jazz trio ‘Au Naturel’ which performed in some of the hottest venues in Manhattan including gigs on Broadway and the famous ‘Rainbow Room.’  These gigs opened doors for performances in Montreal and a European tour.

His debut jazz album is called ‘Home,’ a collection of contemporary jazz songs which he composed with sensual and smooth melodic lines and poetic lyrics.

His vocal mentors are two of the greatest giants in jazz Nat King Cole and Mel Tormé.  King has a distinctive wide-ranging voice which displays a remarkable technical facility and emotional depth. 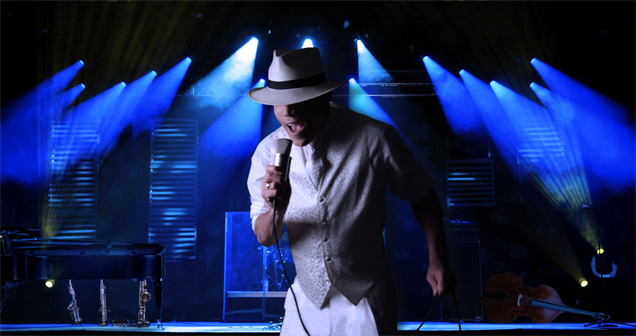